Rob’s introduction to technology began at an early age working with his father in a parts department for a wholesale distributor that focused on appliances, consumer electronics, HVAC, and lawn equipment. When Rob was not stocking parts, he spent much of his time in the electronic repair shop, which led to an interest and ultimately his undergraduate degree in electronic engineering.

Upon graduation, Rob relocated to Cape Canaveral to work as the chief engineer for a video production company that focused on sporting events and rocket launches. Rob soon got an opportunity to design and build a video production facility for NASA’s Space Shuttle Depot (NSLD) where he produced and created training videos for avionics and mechanical space engineers. Rob then transitioned to the avionics lab where he worked on many mission critical and flight control systems for the space shuttle program. It was during this time when Rob obtained his graduate degree in Technical Management from Embry-Riddle and developed a keen interest in 3D animation and interactive programming.

Rob missed video production and found an opportunity with a new television network under construction in Orlando. Rob started working with the Golf Channel before it went on air, finalizing the buildout. The Golf Channel was the first all-digital television network in the US, and Rob quickly ascended to the role of Director of Engineering and Operations where he spent eight years. Rob managed all aspects of the channel including expansion into the Asian markets, satellite transmission, master control, studio and production design and support, as well as maintaining the entire facility, generators, UPS systems, etc. It was during this time where Rob began a few interactive side projects: 3D animation for the space station, interactive training for the Hilton and Seagram’s, and The Golf Channel’s first interactive project.

In 2002, a government contractor looking to create computer-based training for a satellite system used by the US Army approached Rob. After the Golf Channel sold to Comcast, Rob decided to form his own company “Obor Digital” focused on providing interactive training for military communications.

In 2004, Rob began the design of an enterprise software product aimed at the broadcast market “Zeus”, a 100% web-based solution to manage assets, trouble tickets, preventive maintenance, service contacts, equipment checkout, discrepancies, and much more. Zeus debuted in 2006 with much success and is the leader in broadcast engineering software in the US. In 2008, Zeus was provided to a military contactor that is still using it today to manage network equipment, satellite and wireless communications systems in the Middle East. This led to the deployment of many full-time Obor personnel working alongside the US Military in-theatre operations using Zeus for logistics control as well as providing technical support and configuration of satellite and IT systems. 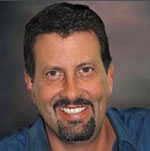